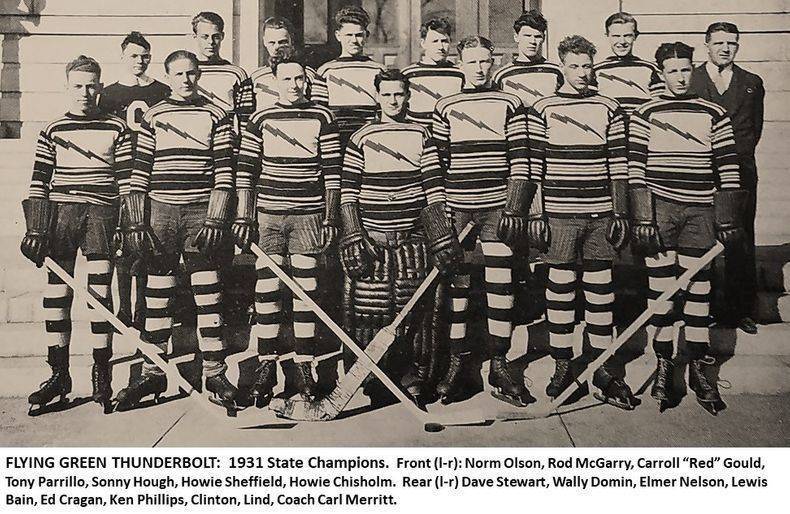 ​The 1931 Cranston High School "Flying Green Thunderbolt" went undefeated in the Interscholastic League winning the R.I. State Championship for the second year in a row and the fourth time in five seasons ('27, '28, '30, '31). The 1931 team racked up 38 goals to best the record of 30 set by the 1928 team. More astonishing was the fact that the 1931 team was unscored upon in schoolboy competition. Goalie Tony Parrillo gave up six goals in 1929, a mere two in 1930 and none in 1931. Cranston's starting six featured high scoring Captain "Red" Gould at center, Howie Chisholm at left wing and "Sonny" Hough at right wing. Hard hitting Rod McGarry and Howie Sheffield were on defense. Goalie Parrillo was truly unbeatable. All six were picked for the Journal-Bulletin All-State team. Gould was picked for the third year in a row at center.