Putting on the Stripes 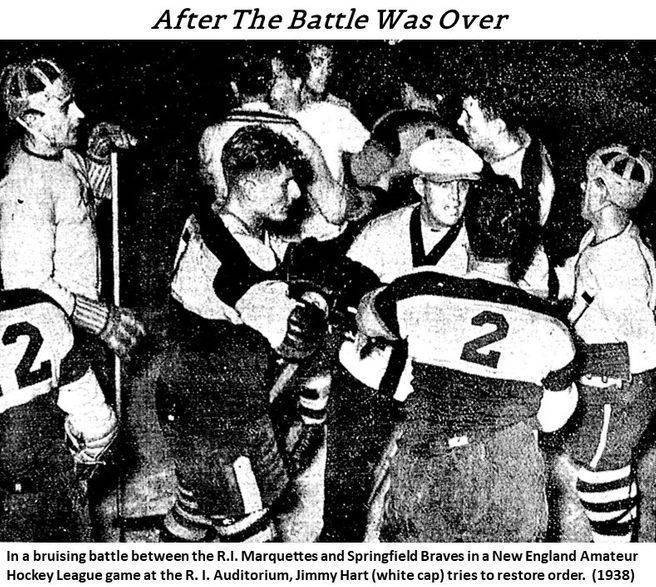 In the early days of hockey, the referees would be clad in a vest and tie along with their pants and carry a bell, not a whistle, to stop the game in progress. Later, referees wore cream-colored sweaters over a shirt and tie with a cap, from the 1930s to the early 1950s until the black-and-white-striped jersey was introduced in 1955. Many star amateur hockey players from Rhode Island also became ice officials during and after their playing days. One of the earliest was Jimmy "Ace" Hart who refed in the Interscholastic League as well as amateur leagues at the R.I. Auditorium in the 1930's through the 1950's. Howie Crins officiated for many years before embarking on a very successful coaching career at Cranston East High School (1955-1966). John "Red" Dawber, Jimmy Reynolds, Ted Dooley and Ralph "Swede" Erickson officiated in the 1950's and 1960's. Henry Coupe played in the IHL and several R.I. amateur outfits officiated games in the 1960's. After his playing days, 1948 US Olympian Ralph Warburton became a pioneer on-ice official and mentor to dozens of hockey referees and a builder of the RI Hockey Officials Association.​